by Junta
Today I'm writing about a friend and chess rival of mine, FM Shinya Kojima of Japan -
5-time Japanese national champion and #1 active player. 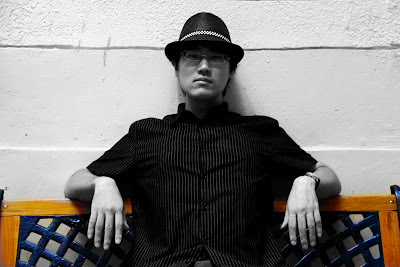 Born November 15th 1988 in the Kanagawa prefecture, Shinya only became interested in chess towards the end of primary school, but began playing competitively in high school. Even with a national chess scene lacking significantly both in quality and quantity compared to here in Australia, he steadily improved, attaining his first FIDE rating of 2047 in 2005 at the age of 16, when he won the Japanese Championships, the youngest ever to do so at the time. 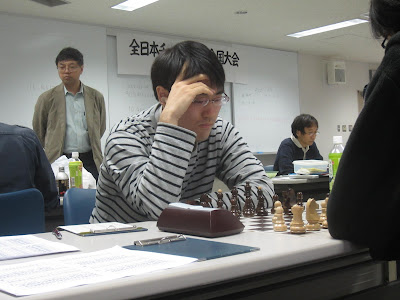 Mostly playing in Japan and occasionally playing overseas, Shinya's rating climbed above 2300 in 2009, and he become the 5th Japanese player to achieve the FM title. Although his rating has fluctuated around 2300 (on the current September list, he leads the Japanese active players list with 2320) since then, I believe he will break 2350 soon.

Although World #5 Hikaru Nakamura is half Japanese (with an American mother), no Japanese player has achieved the IM title to the present day. In fact, Japan's best Shogi (Japanese chess) player, Habu Yoshiharu, holds the highest FIDE rating at 2404 as a FM (I believe, only after a few years of taking up the game and a small number of international tournaments!), but he is too busy with his main profession to play chess actively - so Shinya and I are two players who are aiming to become the first Japanese IM, although we both have a long way to go.

Since graduating from Keiō University last year, Shinya has been actively playing and also contributing greatly to chess in Japan, travelling around the country giving numerous lectures and coaching sessions. He was the instigator of a major chess exhibition labelled 'Checkmate Lounge' in Japan in April, featuring Nigel Short!
He has also published a couple of chess books (2010, 2011) for the Japanese market. At the start of May this year, he flew to Hungary - to play in IM round robin tournaments every month until the Olympiad, in the quest for IM norms. 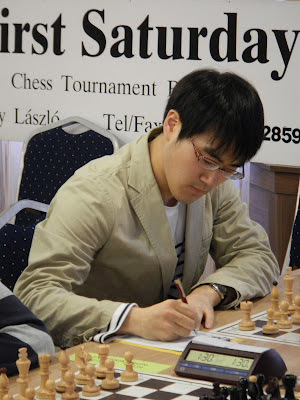 Although coming close in a couple of events, the ever difficult IM norm has eluded him thus far - and after those 7 gruelling tournaments, he flew to Istanbul to take up his position on Board 1 on the Japanese team. Taking a well deserved rest in tonight's Round 8, he might still have some chances of scoring his maiden IM norm in the remaining 3 rounds from tomorrow.

Although Shinya and I were both at the World Youth U/16 Olympiad in Singapore in 2007 (I played for Australia while he was the Japan team's coach), we only became acquainted in June last year at the Philadelphia International and World Open tournaments. I wasn't old enough to be a guarantor in booking the hotel in the US then, so I was very grateful for him to agree to fly over to the States from Japan to help me for that (although it turned out an adult wasn't required!) and play as well (beating me convincingly in Round 3 of the World Open). Later last year in August we met again at the Malaysian Open, where some of the Australian contingent and the Japanese players went around the city together on the rest day.

In terms of his play, I believe his openings are at a level of an IM, and he is quite proficient at thinking schematically, in plans, ideas and positional play (while being very capable tactically as well). As far as I can see from looking through his games (and reading his post-game analyses on his blog, which I'll write about in another post soon), he has sometimes let the position slip at the critical moment of a game, when the tension is often at its height and the fate of the whole game may balance on one or two tactical nuances, or a difficult, decisive line. I'm not really in a position to judge, but once he is able to improve this aspect of conversion, I see no reason why he can't score three norms and reach 2400 in the next 6 months. 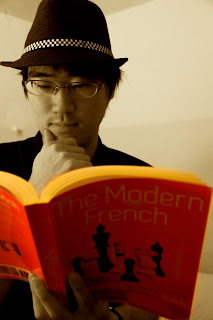 After the Olympiad, he is planning to return to Hungary to play in more events and fight for the norms - with the mix of battle-hardened veteran masters and young players from around the world hungry for success, playing in such an environment for an extended period, away from home, is not for the faint-hearted. He is a very friendly and polite person, and I wish Shinya every success in his road to the IM title - I'm sure our chess paths will cross again in the near future!


Update: in late 2013, Shinya has achieved all three IM norms in Europe, and is now just required to surpass the 2400-mark to achieve the title.


Thanks to Shinya for providing some of the photos for this post himself.
Biographical and rating info were collected from the links below.
http://shinyakojima-profile.blogspot.com.au/
http://ratings.fide.com/card.phtml?event=7000812
Posted by figjam at 03:26