Japanese Championships 2013 Round 8: Black to play and win

"Would you like some water?" I asked, to which he gave a four-millimetre nod.

From the novel Norwegian Wood by Haruki Murakami

In Round 8 I was up against Naohiro Nakamura, who has been improving steadily over the last few years. He finished the tournament in 3rd place with 7.5/11, only losing to the 1st and 2nd place-getters. 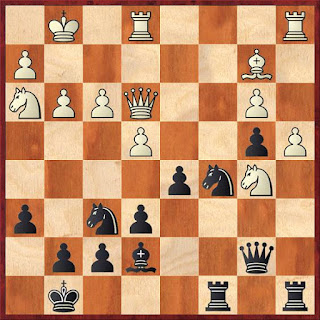 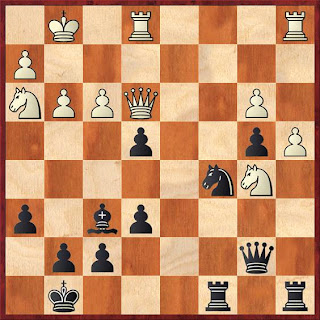 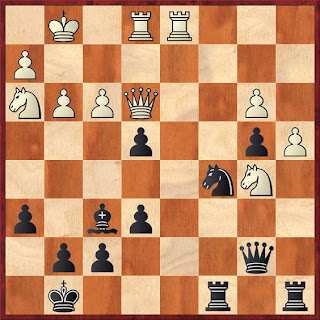 Here it took me 20 minutes to find the best continuation for Black - what was it?
(Game continuation below in white)

Director: [in Japanese] Mr. Bob, you are relaxing in your study. On the table is a bottle of Suntory whisky. Got it? Look slowly, with feeling, at the camera, and say it gently - say it as if you were speaking to an old friend. Just like Bogie in Casablanca, "Here's looking at you, kid" - Suntory time.
Translator: Umm. He want you to turn, looking at camera. OK?
Bob: That's all he said?

- From the film Lost in Translation

Sunday, April 28: two European grandmasters made a visit to Kyoto University. One gave a lecture, and the other gave a simul. Japan seems to attract grandmasters each year, with big names such as Nigel Short and Maxime Vachier-Lagrave (linked to articles on the events) participating in widely publicised exhibitions in this country over the last year! Unfortunately, Australia's location makes it more difficult to attract occasional GMs.

This time the guests were Peter Heine Nielsen of Denmark and Viktorija Čmilytė of Lithuania. Peter, who has been rated over 2700 and in the world top 40, is well known for having being one of Vishy Anand's seconds since 2001, and since the start of this year, the second of world #1 Magnus Carlsen. It was really great to be able to listen to his 2-hour lecture where he talked about things such as his early steps in chess, becoming a chess professional, seconding Anand and Carlsen, before concluding by taking us through Carlsen's win against Gelfand in Round 10 of the recent Candidates tournament. 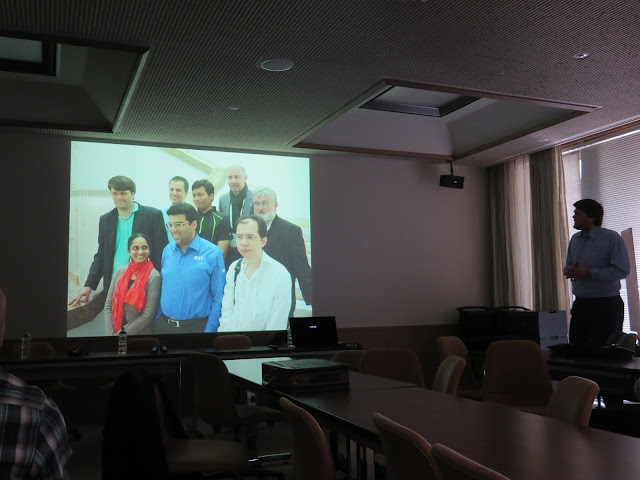 "Becoming a chess professional wasn't really a conscious decision for me - I think it is similar for many other professional players, but I loved playing chess from childhood, and as I got better and better, it had naturally become a part of my lifestyle, mind and being - so it was rather something that happened of its own accord." (Transcribed from my memory so it isn't 100% his words, but this sentence left an impression on me)

It was interesting to hear how he and Anand became acquainted before eventually teaming up. They played at the World Cup in 2001, and although Vishy won 1.5-0.5, he took a keen interest in Peter's chess and handling of the opening, and asked him whether he'd be interested in training together. 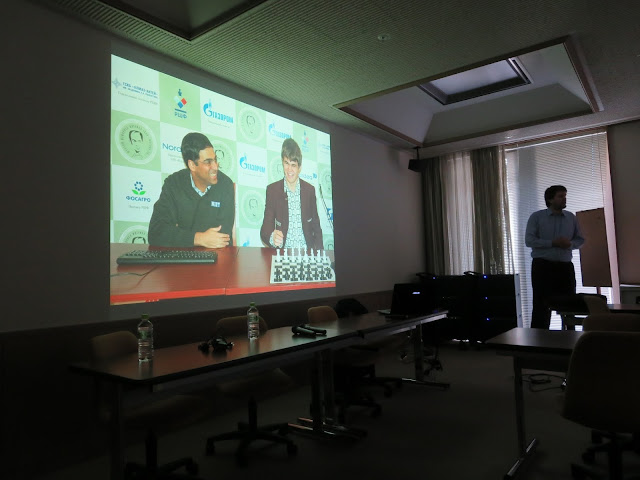 There was an amusing episode of Carlsen. At the 2005 World Cup, when Peter was the then 14-year old's second, Carlsen lost the first rapid game after scoring 1-1 in the classical games against Malakhov. If Magnus won this match, he would become the youngest player ever to qualify for the Candidates stage of the world championships.

Leading up to the short half an hour before the next game, Peter was agonising over how to raise the teenager's spirits and prepare him for the second rapid game. A friend he was talking to insisted: "Just make him laugh!", so the two grandmasters played 'some weird computer game with animals playing a sport' for the entire break. Thoroughly relaxed, Magnus went on to win the match. 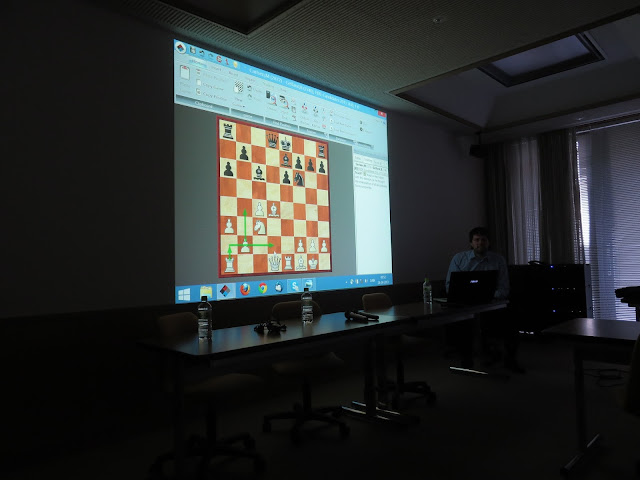 After the lecture, Viktorija gave a simul to 13 players, scoring around +8 =3 -2 (the two GMs commented they were surprised at the playing level in Japan, having given simuls in Tokyo as well). I took part as well, and was lucky to win due to a blunder after I was two pawns down with a lost position in the middlegame. 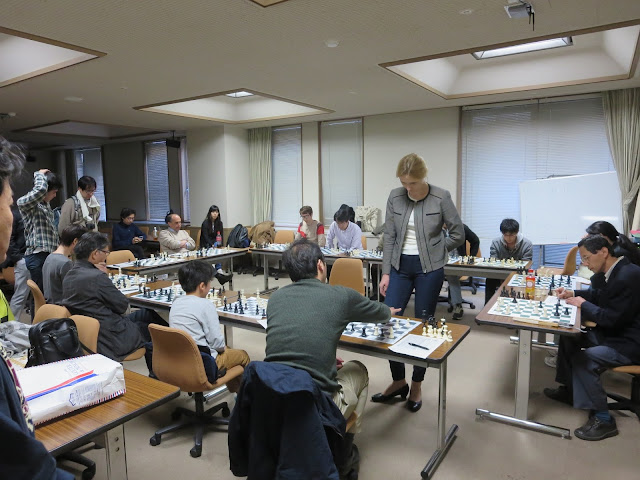 A week later, Peter dropped into watch at the Japanese Championships' venue in Tokyo. I wish the best for his work with Carlsen! I've heard GM Alexander Chernin will be visiting Kyoto later in the year - he was also in Japan last year, with ChessBase writing a two-part article here and here.
Posted by figjam at 07:54 1 comment: