"I've come back for you... to remind you of something. Something you once knew but chose to forget...To take a leap of faith" (Cobb from the film "Inception")

It is often the case that many chess players will subconsciously think about the
game, or their past experiences. Though none would really admit to doing so on
a regular basis, it becomes almost like a craving for our minds. I, however admit
that it's absolutely normal, especially during tournaments. What i recall is somewhat
of a blur most of the time, in terms of the games played. There's always a lot happening
around the board taking away from my awareness. Or perhaps I'm simply not at a high
enough level to do so; I'm no Fischer or Bronstein...

So why are we talking about dreams if i don't even remember my own?
Actually I was watching an old Japanese animated film called "Paprika". Which is about a new revolutionary psychotherapy treatment, called dream therapy. Where a device allows the therapist to enter into the patients own dreams and subconscious thoughts, using an altar ego. It's quite bizarre to watch, and the writers are quite amazing to have put together such original ideas. Can be difficult though to follow the storyline, as it will take you through unexpected twists and turns. The most useful feature of the device in the film, is being able to capture and view it later on a screen. Should remember though it would be short clips, since hours in the dream state is only minutes in the actual world. :)) 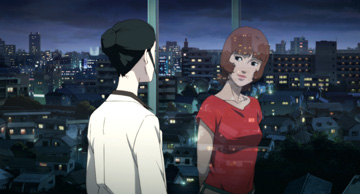 Somewhat reminded me of another film (which I've been stealing quotes from). But while writing this I remembered another quite famous game of David Bronstein. Although "consciously" speaking he never actually played it, just the quality of play when i first saw it was quite high for someone fast asleep. Apart from move 13, which looked pretty bad. If i ever remember any of my own games of this quality, I will be sure to post it!

In June I played in the Gold Coast Open for the first time (Moulthun's post on his tournament: here).

June 22 (Friday night game) - Round 1.8: Ikeda (2309) - Black player (1783) [C00]
1.e4 e6 2.f4
After a break of 2 months from competitive chess, I felt like getting back into the swing of things by playing something new. In May, the final round win by Nakamura over Seirawan which he clinched the US Championships with had made a strong impression on me, leading me to play the same 2nd move. Apparently it's called the La Bourdonnais variation (which brings to mind this classic, Game 1 of The World's Greatest Chess Games which was probably my favourite book in primary school)?
2...d5 3.e5 c5 4.Nf3 Nc6 5.c3 Nge7 6.Na3 Nf5 7.Nc2
This position has been seen in about 75 games in the database. 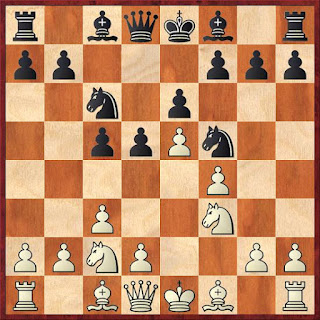 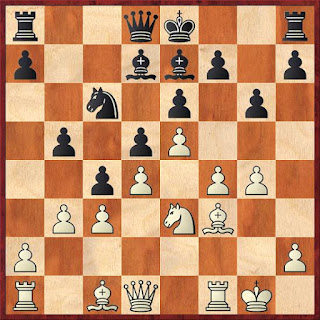 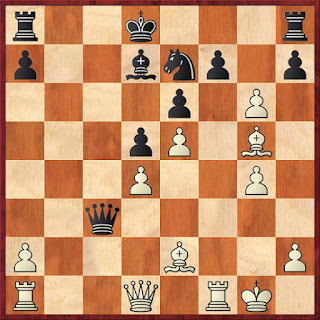 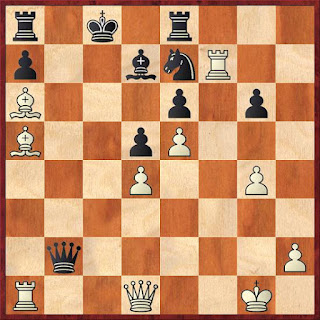 by Junta
Following on from one-colour chess yesterday, the post today is on 'colouring problems' in chess - where the solver's task is to determine which belong pieces to who, and what the last move played was - in order for the position to be legal.
Solvers are encouraged to write their solutions in the comments section.

The following problems were composed by the German composer, G. Husserl. 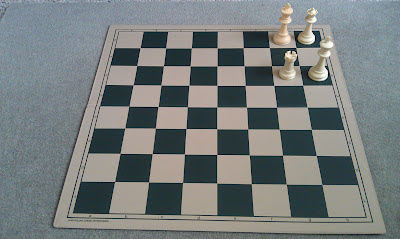 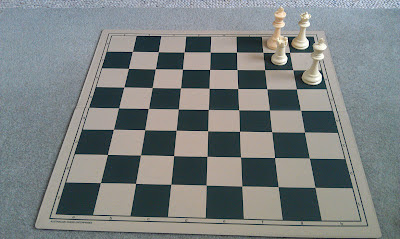 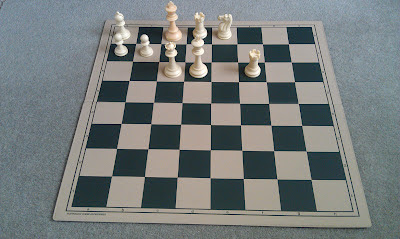 ﻿
More of these colouring problems can be found at this website (page author: Philippe Schnoebelen), but be warned, they are more difficult than the ones above.

After the Gold Coast Open finished in late June, Moulthun and I were watching a couple of episodes from our favourite anime, Hikaru no Go - where the main character, Hikaru Shindō is challenged to a game of one-colour Go by a master. Go, like chess, has one side take the white pieces (stones) and the other the black. However, playing where only pieces of one colour are used, keeping track of which pieces are who's is more difficult than in chess, because all the stones look the same!

Nevertheless, we wanted to see how a game of one-colour chess would turn out. What started out as a casual game in a new variant (with a time control of 10+10), quickly turned competitive...

(for maximum enjoyment, set up a board with one colours yourself and follow)

Junta-Moulthun, 25 June (with annotations just on the crucial moments) 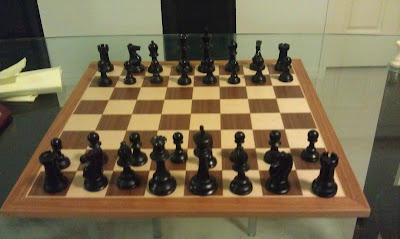 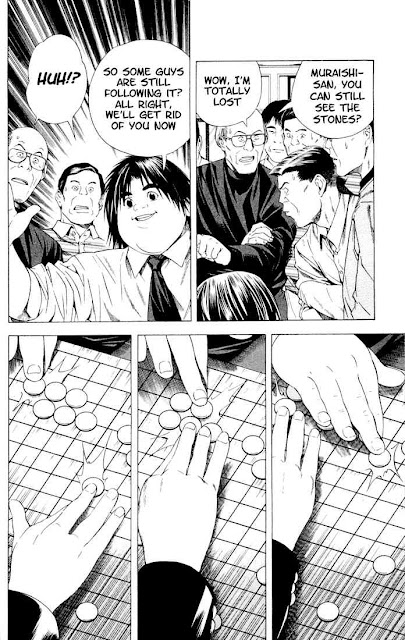 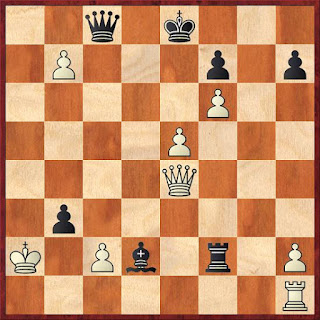 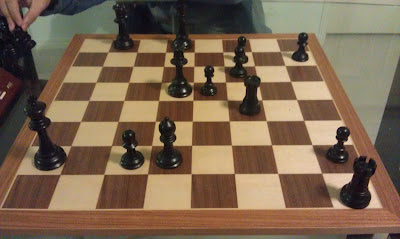 Along with blindfold, I think playing games and solving problems in one colour is good training for the abilities of visualisation, not to speak of calculation and assessment of the position.

Hello. This month is an exciting one for FIGJAM, with Andrew and Fedja playing in the World Junior (U/20) Championships in Athens, Greece (their last year eligible to play), while Moulthun makes his debut on the Australian Open team (as Board 2!) at the 40th Chess Olympiad in Istanbul, Turkey.

World Juniors links (Hopefully the guys'll be posting from Athens as well!):
Official website
chess-results.com page (Andrew, Fedja)
We posted several times at the World Juniors last year (starting with this one) when it was held in Chennai, India.