Opposition (together with outflanking) is no doubt the key concept to start off with in learning pawn endgames. 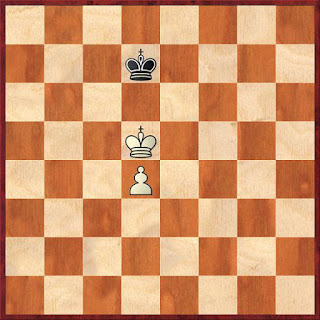 In coaching, I often use the numerous excellent exercises from Dvoretsky's Endgame Manual on the theme. The other day, I found two exercises in a book I came across, How To Reassess Your Chess (by Jeremy Silman), which are also great positions to learn about opposition through. 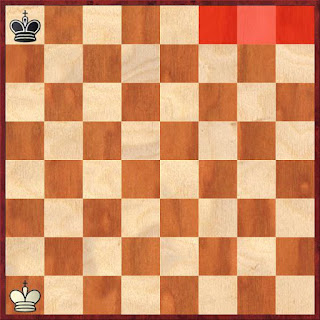 2. White to play - whoever gets the opposition (vertical or horizontal, close or distant [three or five squares between the kings]) wins. You can also throw in diagonal opposition as well, but just working with vertical and horizontal should be better. 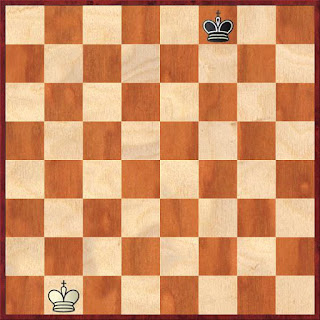 A friend came up to me and asked if I could have a look at a variation he prepared - he was paired against a certain Australian junior the next round, probably later on that day. Although he was Black, I stood looking down at the White side of a board on a table. He showed me: 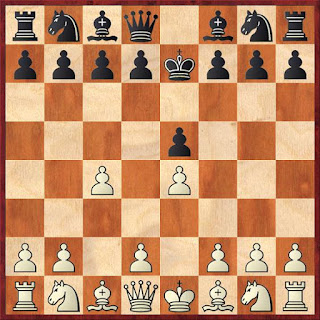 I was surprised - this definitely looked like a novelty, and an interesting one at that. If White was unable to punish it straight away, then maybe it would become a playable sideline. Left at the board alone, I started examining White's critical attempts - 3.Qh5, 3.Nc3, 3.d4, 3.f4... 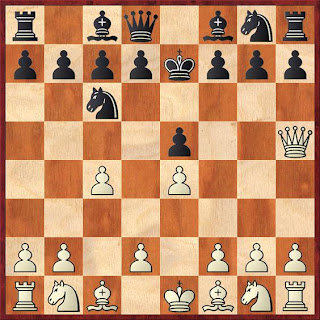 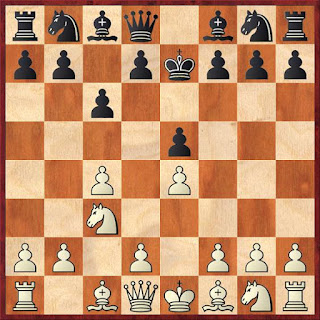 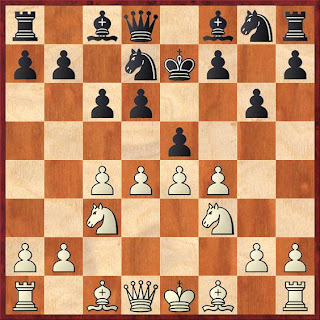 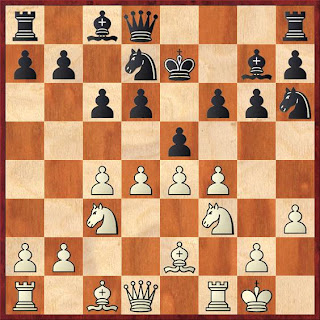 After checking over the lines as well as examining other insignificant lines, I called my friend over to deliver my verdict. "It's an interesting novelty, but I'm not totally convinced. Your next opponent loves to have space and attack, so wouldn't this opening be helping him too much? I think you should stick with your normal repertoire this time." But I felt that the novelty was worth something, adding "But trying this line out in a game - it will definitely be a good learning experience for you."

N.B. This was a dream I had last night. Usually things are much more exciting in my occasional chess dreams, often playing in a tense tournament game myself, but usually I can't remember the positions and moves as well as here. Waking up, I wondered how the poor move 2...Ke7 could be considered ok, but in the dream it only felt like a sub-optimal, but playable move.
Posted by figjam at 11:32 No comments:

After achieving my first IM norm at Queenstown in January last year, I came close to achieving my second through 2012 in a couple of tournaments, but couldn't quite manage it. I had been playing well in this Australian Open, and I could achieve the required rating performance with a win or draw as White against Andrew in Round 9.

1. e4 c5 2. Nf3 Nc6
Preparing for the game on the previous night, I was looking at a line in the Open Sicilian against the Accelerated Dragon which goes into an equal R+B+5P endgame. It seemed perfectly safe for a draw (and White scores only wins and draws in the database with it) which would guarantee the norm, but discussing my prep with Irene Sukandar (also playing at the tournament), she suggested an entirely different line. I felt good playing this tournament, and a part of me wanted to play for a win. What the 'correct decision' might be is difficult to say in a situation like this, but I decided on the latter variation this time. 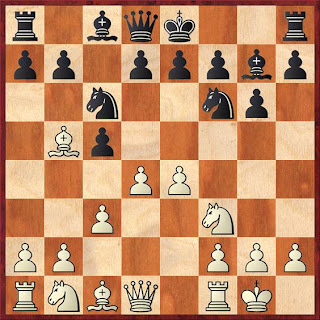 A line involving a pawn sacrifice, which Andrew had not seen before - definitely not a pleasant line to work things out against at the board. 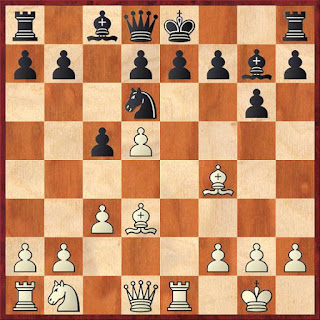 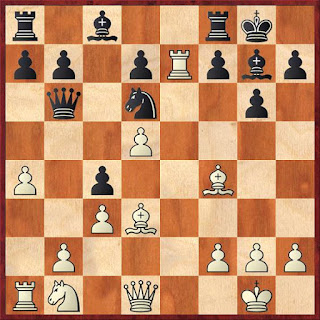 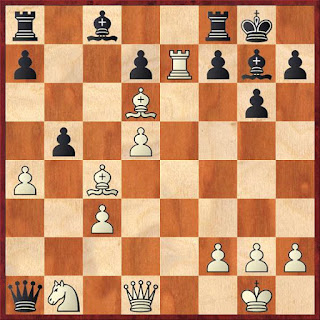 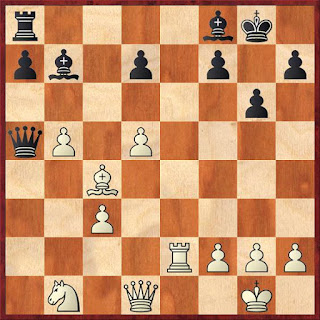 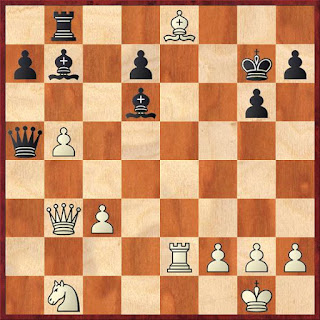 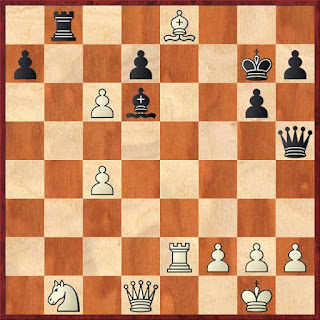 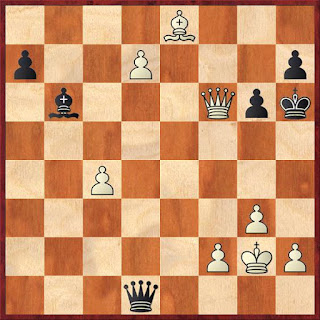 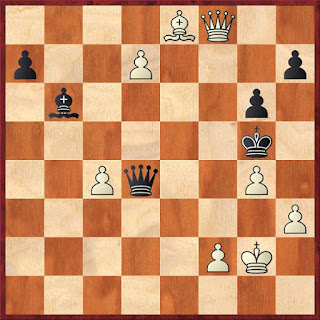 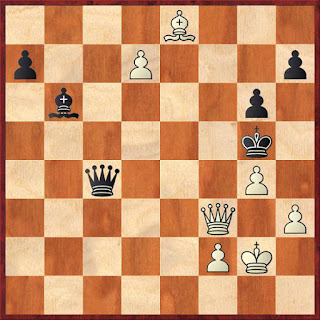 Back to blogging: To Doeberl, and beyond

We've had an impressively slow start to the year in terms of blogging.

In the Australian Open at North Sydney in January, we performed well overall:
- Moulthun performed solidly well as usual, finishing =2nd with 8.5/11
- I achieved my 2nd IM norm with 7/9, though I finished with two losses for 7/11
- Andrew came agonisingly close to breaking 2300 for the first time, scoring 7/11

In Canberra, Andrew and I are playing in two 9-round FIDE-rated events through February-March. The first of these is a round robin at the ANU Chess Club, with the field comprised of ACT players who won an event at the club last year, and higher rated invitees such as ourselves. The draw can be seen here and the crosstable here.

The second is the ACT Championships running over two weekends, for which we tied last year. I must say that I wish more of the top local players were able to play.

March 28-April 1 sees the 51st Doeberl Cup in Canberra - Fedja, who returns from his year of exchange in Europe this month, will join us playing there. The entries for the Premier section are looking great so far, with 11 GMs and 8 IMs out of the 44 entrants.

A couple of days after the Doeberl Cup, I will be flying off to Japan - I'll be studying there until February or so next year!
Posted by figjam at 01:17 No comments: