I have composed a couple of problems to help you test your decision making and creative thinking capacities in chess. To give myself the best chance of avoiding people hating me following this exercise, I will advise you to take a very close look at the initial position before you make your first move. Good luck!

Position 1: White to play, mate in 20 moves or less 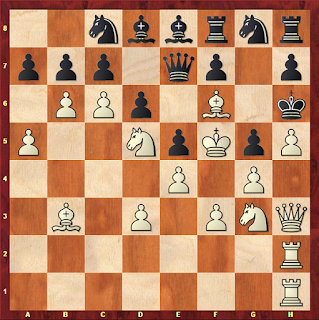 If you were able to solve this, well done. Your solution may resemble somewhat one of the following lines:

If you weren't able to solve it, was it too long? Too hard? Too boring?

Okay, I understand; try this one instead. 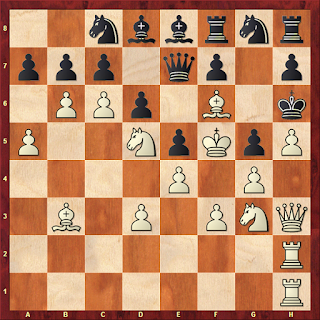 Yes, I have given you the same position--only with a different stipulation. Well, I did say 20 moves or less.

Probably you have found the solution by now, but let us consider for the moment how this position could have arisen. What was Black's last move? For instance, the queen could not have moved last as it already would have been giving check; similarly for the light-squared bishop and d7, and for the e- and g- pawns if they had been on e6 and g6 respectively. The d6 pawn could not have moved on the last turn given the light-squared bishop has somehow made it out already. And no black piece could have moved from a square that with White to move is currently occupied by a white piece.

(By the way, this position is possible: We can assume that prior to this White had played either b6 or c6, and Black had been oscillating with knight or light-squared bishop.)

So, a close inspection reveals that, in fact Black's only possible move prior to this position was  0...g7-g5, upon which, in accordance with the en passant rule, we are allowed to play the move 1.hxg6 checkmate.

Of course it was a bit of a trick puzzle, and perhaps a few readers/solvers dislike me right now for feeling I have wasted their time, but I think it teaches an important principle: that it can be very hard to see what you are not looking for. Maybe you began by seeing the number 20 and expecting the problem to be a very long one, thereby neglecting to appraise the initial position with much scrutiny or lateral thinking. I reckon if I had presented the first problem as "mate in 1" it would have been a very different story. Our expectations and assumptions inform our judgments and the way we view the world all the time without us realising it.

To be creative and heighten your ability to see different possibilities in chess it is important to be willing to identify and question what you think you know, to be open to receiving new information, and not to cast judgment before judgment is due. This, I believe, is the sort of perspective one should try to adopt if one wants to develop and maintain a free-thinking and creative mind, for chess and for life.

I hope, dear reader, that I have not perturbed too severely your faith in my trustworthiness and that you will come back to read my future posts. Next time I will try not to be quite so mean. :)

Email ThisBlogThis!Share to TwitterShare to FacebookShare to Pinterest
Labels: Andrew, Miscellaeneous chess, Our own compositions, Problems

This time the theme is answering a checkmate (or rather an almost-checkmate) with a checkmate. The first three are pretty simple, while the last has many variations and may require a bit of effort (but hopefully it is worth it!). 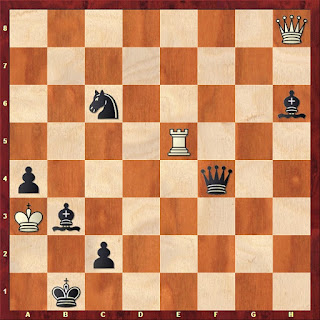 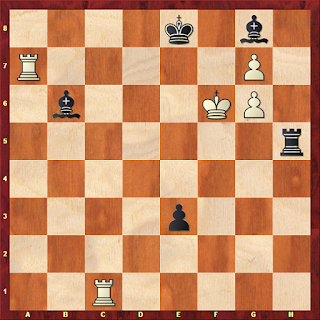 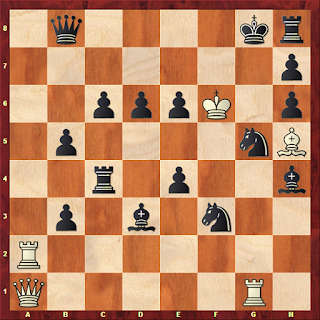 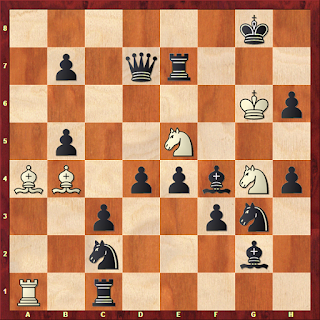 White mates within 6 moves
Solutions
Posted by figjam at 02:32 No comments:

Email ThisBlogThis!Share to TwitterShare to FacebookShare to Pinterest
Labels: Andrew, Miscellaeneous chess, Our own compositions, Problems

Here are a couple of puzzles I composed based on the pin. 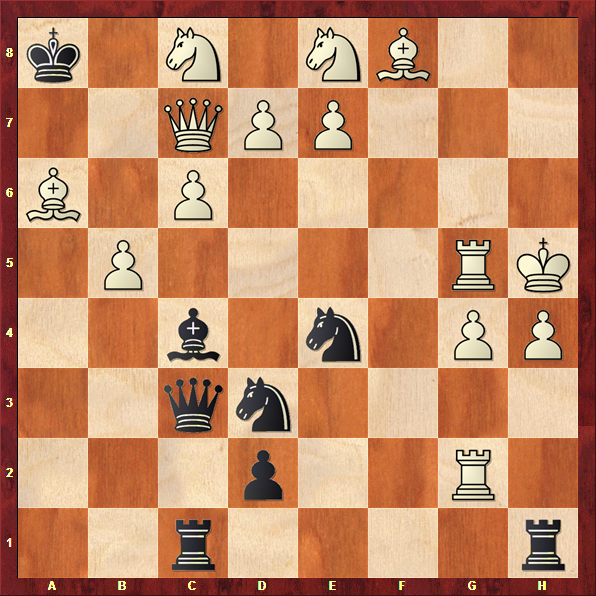 Black to play, mate in 5
Pins and Needles 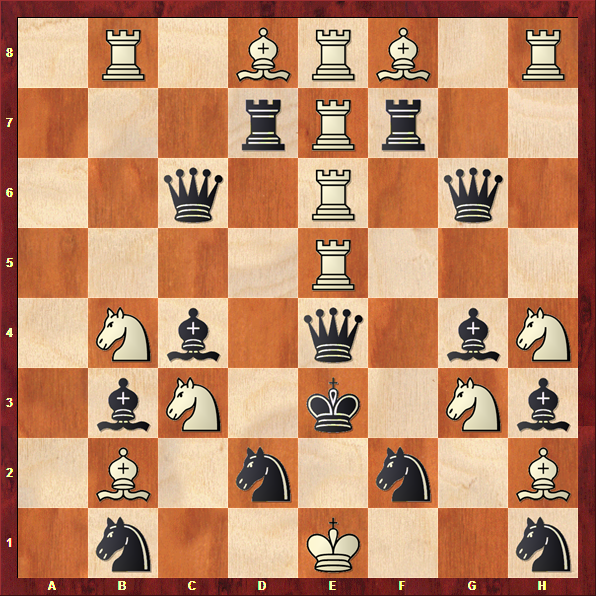 White to play, help mate in 13. "Turn the man standing on his head into the main who has stood on his head for too long."

Email ThisBlogThis!Share to TwitterShare to FacebookShare to Pinterest
Labels: Andrew, Miscellaeneous chess, Our own compositions

I'm currently working as a coach for some ACT players at the 2015 Australian Junior Chess Championships in Canberra (Results here) - I played seven Australian Juniors from 2002-2008, and I still remember the excitement from the 2002 edition as a 10 year old, playing interstate for the first time. 13 years later, I'm coaching 10 year olds playing their first Aus Juniors, and I couldn't help but check out my first ever Aus Juniors game. Not a bad game considering the rating!

Yusupov: It's a Question of Probability

A couple of excerpts from a recent interview (originally in Russian for ChessPro) with former world #3 player, Artur Yusupov, which left an impression on me:

Why sport and fitness are important

Every element is important – the pure chess element as well, of course, but not only. It’s a case of increasing the probability of a good performance, which is something many people fail to understand. They think, “Ah! Today I didn’t play any sport but I still won, so I don’t need it”. Or the opposite. “I played sport but lost the game”. And people don’t realise that it’s a question of probability. You can do everything correctly and increase the probability of winning by some percentage, but it’s never going to be 100%. Surprises can’t be ruled out. You can, of course, do everything correctly and lose, or everything wrongly and win, but the person who does everything correctly will win more often. You can’t argue with the statistics, and that’s the big difference. Those who fail to follow a sporting regime can be very talented and win individual events, but over a long period of time they’ll do worse than the professionals, and that’s the whole point. When I went on all my runs before important tournaments I thought: “I’ll suffer now, but in the tournament I’ll pick up an extra half point!

On how wins aren't always the result of our brilliant play

A win is always the “achievement” of our opponents. I understood that very well when analysing my old games. I’d naively thought that I outplayed my opponents, but a closer analysis with the help of the computer showed: nothing of the sort! Basically my opponents had even understood the position better than I did and they played well (laughs), but at some decisive moment, perhaps, they lacked energy. They committed a bad mistake which altered the logical course of the game. Analysis showed a totally different picture. So you always win due to the mistakes of the guy sitting opposite. It’s simply not possible otherwise.
Posted by figjam at 13:31 No comments: