"Life is rather like opening a tin of sardines, where we are all looking for the key.﻿"


After Vlissingen, I had a few days break in Amsterdam before going to England to play in the Sunningdale International  from 10th-14th of August. This event was split into several 9-round round robins. In the top four tournaments (A-D) which were all of roughly equal strength, people could play for an IM norm. I stayed in the Sunningdale Park Hotel, which was also the tournament venue.

My first round game against Adrian Jackson (2159) was quite crazy and both sides missed many opportunities to take an advantage, but eventually I came out on top. In my second round against Alexander Longson (2237), I got into a slightly better position and eventually managed to win two pawns after everything but the queens were swapped off. However, my opponent had a strong passed d-pawn that was very hard to stop, so I should have accepted that I couldn't win and made a draw by perpetual check. I ended up playing a few dubious moves and he decided to march his king up the centre of the board, after which he was simply winning.

My third game was against GM Igor Rausis (2510). I played some silly moves in the opening which lead to him being a clear two pawns up, and he managed to convert his advantage. In round 4, I had my best result of the tournament, which was with the black pieces against GM Keith Arkell (2432). After missing an in-between move I had that halted his development, he let me get away with a pawn sacrifice and allowed me to consolidate my advantage. My lead in development and bishop pair proved very hard to deal with and it was soon over.

After this game my tournament went downhill. I lost my next 3 games which were against Gilles Suez-Panama (2078), Alan Merry (2039) and Ameet Ghasi (2367). In all these games I got into decent-looking positions but made tactical oversights or miscalculations that cost me the game. After going from 2/4 to 2/7, I was White against T.S. Venkataramanan (2277) in round 8, and we got into a Grunfeld that looked quite good for me, but in spending half an hour trying to decide which of the three good moves on the board I should play, I ended up forgetting why they were the only good moves and played something else. Soon my advantage had completely slipped away and I had only a few minutes left to his 30 or 40 minutes with which I had to defend my exposed king.

My last round game was against Peter Vas (2295) and we got into a wild Sveshnikov (I really wouldn't have minded a quick draw) in which after bashing out the first 17 moves of theory my opponent deviated very slightly by playing 17.Bc2 Rd8 18.Qe2 instead of 17.Be2 Rd8 18.Qc2, and I carelessly continued with the same strategy as usual, which soon lead to a clearly worse position for me. If I'd simply defended my b-pawn I would have been fine. I lost reasonably quickly to finish off quite a disastrous tournament on 3/9,  checked out the following morning and (after missing several trains due to absent-mindedness) managed to catch my flight back to Amsterdam.

Englishman Ameet Ghasi ended up winning the tournament with a very impressive 8/9, after losing his first game and winning the rest, and picked up 23 rating points and his second IM norm in the process.
Unfortunately because of the very tight schedule of the Sunningdale International, I didn't have time to do much else in England but hopefully I can come back to see more of it in the future. 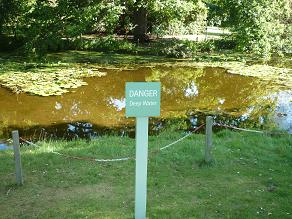