After the two tournaments in Philadelphia, Moulthun and I (with Andrew joining us a few days ago) are currently resting in Amsterdam until the Dutch Open starts on the 19th. As I'm used to only having one or two days off while playing overseas, having nearly two weeks off here has been a doubly foreign experience, and unsettling in a sense - having to cook, wash and go sightseeing. It is so much easier just to play chess each day...

My journey from Canberra was nearly as dramatic as how some of the games would turn out. As flights to and from Canberra and Melbourne airports were cancelled for June 22nd, after some frantic packing I made my way to Sydney instead (my father drove). After a gruelling journey of over 40 hours with some memorable moments and long waits, I arrived at the Sheraton Hotel in downtown Philadelphia on the morning of the 23rd, venue and accommodation for my first ever US tournaments. 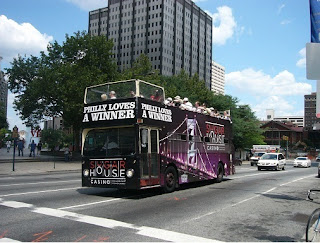 Tournament #1 was the 9-round Philadelphia International Open from June 24-28 - although there were 60 players last year, this year the numbers were halved, the organisers suspecting perhaps because the hotel was booked out early this year. Top seeds were American GMs Shabalov and Lenderman, Canadian IM Gerzhoy and Belarussian IM Romanenko, all rated above 2450.

The titled players performed quite solidly, although Shabalov wasn't in his best form, losing to two 2300s and pulling out after Round 5. After Round 5, IM Gerzhoy and GM Garcia were leading by a point on 4.5. Due to having uni exams on the 20th, 22nd and 23rd (!) before setting sail for his real tests, Moulthun took half-point byes for Rounds 1-2 and joined from Round 3 on the 25th.

The rounds were at 11am and 6pm each day - I found the tournament very exhausting, especially in a jet-lagged condition ('Jet Lag' by Simple Plan could be frequently heard from Moulthun's laptop in the hotel room) - unfortunately, in many of the evening rounds I would experience a period of heavy sleepiness where I couldn't think about anything other than trying to stay awake.

Another negative for me was the American time control - 2 hours in 40 moves, followed by 1 hour, and 5 seconds 'delay' per move from the start (after pressing the clock, there would be 5 seconds before the opponent's clock started). I would quickly use up most of my 2 hours, and then be troubled by only having 5 seconds per move, whereas I am used to having more than 30 seconds increment in Australia.

In Round 1, I won fairly easily against a gentleman who is about 90 years old, but in Round 2, the evening round, I played poorly against the 2nd seed Lenderman and was crushed. 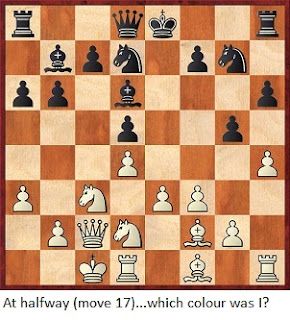 In Round 3 I was up against a junior rated around 2250. After my insipid opening, he gained the initiative and maintained it throughout, but what impressed me was his skillful play exploiting my time trouble. From the late middlegame, my pieces were confined to their passive posts, and all I could do was try and absorb the pressure. Especially intimidating was Black's manouevring with his queen, slowly but surely whittling down my time - in fact, I did not have to record the moves once I was under 5 minutes (which I was from move 30, and again from 55), but I only realised this later in the event, and was recording until the end of this game, when I was down to 7 seconds. Blitz practice does come in handy...I was very lucky he rushed in playing 93...Qb1?, whereupon I managed to survive.

After that save, which ended in its 7th hour, I was exhausted, and perhaps my Round 4 opponent was in a similar state, he offered a draw after 13 moves. In a position where it didn't seem easy for me, to put it mildly, to play for a full point, I should have accepted immediately and went off to a much-craven sleep, but I spent 50 minutes agonising instead. Fortunately, objectivity won this time, and I stopped the clocks.

My form did not improve overnight, and in Round 5 I suffered my first loss in 50 games against a lower rated player (a certain IM also in Amsterdam atm).

After 5 rounds, I was on 2 points and had shed all the rating points I had gained at the NSW Open two weeks before. I hadn't won since Round 1, and wasn't feeling very confident about my evening game against a player rated 300 points lower (I wasn't to know that this game would break a specific personal record).

Joining the tournament in Round 3 after arriving at the hotel 12 hours before that game, Moulthun beat two FMs and drew with Lenderman. His Round 4 win, with his own annotations, has been posted on another blog here. It is a (Japanese) blog by FM Shinya Kojima, #1 active player and 5-time national (closed) champion of Japan, who was with us in Philadelphia. We'll be seeing him again at the Malaysian Open in the second half of August.