The Most Beautiful Game I've Ever... Failed to Win

"Simplicity, carried to an an extreme, becomes elegance." - Jon Franklin

"You tried your best and you failed miserably. The lesson is, never try." - Homer Simpson


This game comes from the recent Commonwealth Chess Championship and was the anticlimax of my tournament, and possibly my chess career. I don't remember ever feeling so devastated after a game before, and not because I'd missed an opportunity for a good result, or a norm, or some kind of recognition (though Kasparov had actually looked at my game at the start of the round).

It was because I had destroyed something I considered to be really beautiful, but more than that it felt like I had missed the opportunity I'd been waiting for for many years. By this I mean to say, one cannot create a masterpiece if one's opponent allows the 4-move checkmate; your opponent's decisions of course play a vital role in the process, and hence, games like the following are quite rare.


I see the first part of this game as a kind of humorous testament to the advice every beginner is given when they first learn to play. You'll see what I mean in a minute. 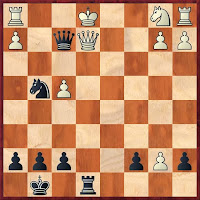 My opponent saw these lines and decided instead to opt for 13.Be2 (D) 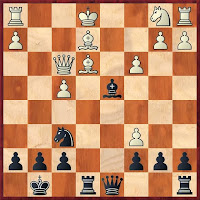 The game continued 13...Rxe3 14.Qg2 Nh5 15.cxb7 Qh4+?! (D) my first real error of the game. Black is significantly better after the safe 15...Rb8 as Nxf4 cannot be stopped (e.g. 16.Rf1 Qh4+), but naively I decided against it for fear of compromising the game's beauty. Following this the game went rapidly downhill. 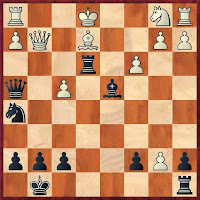 Here was the high-point in the game, at least in terms of beauty, where White could have played the remarkable 16.Qf2!! whereupon ...Rxe2 does not win the house as it appears but in fact after the calmest of moves, 17.Kd1!... (D) 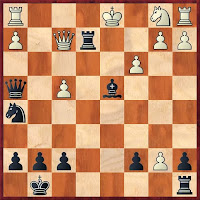 ...even being a piece up, even with all of White's major pieces on the edge of the board, and even with 3 pieces attacking the White queen, Black is hopelessly lost. Like Frodo at the Fires of Mount Doom, the b7-pawn will ultimately win the day for the White army.

Instead the game continued 16.Kd2 (D) 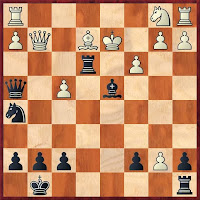 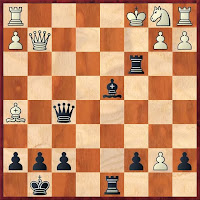 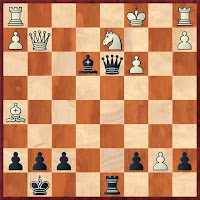 Then came 22.Bxf7, and to give you an idea of how rapidly things went downhill, on Move 29 the position looked like this:

Consequently I had to resign to avoid further embarrassment.

Getting over this game was pretty hard, but it's something that needed to happen for me to be able to start playing well again. Kind of like one of those movies where the main character dies but saves the world at the same time. I found I was doing things like this nearly every game, going for beauty or misguided creativity over objectivity.

The rest of the CCC was nothing special - in fact I dropped 35 rating points. But the whole experience was very important for me in a variety of ways. Since this experience I have found that the more objective I've been, both with chess and other parts of life, the more enjoyment I have got out of it.

And of course my chess has started to improve, but that is a story for later.

I will leave you with some photos from my trip. Enjoy! 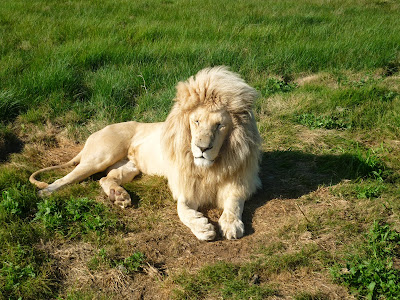 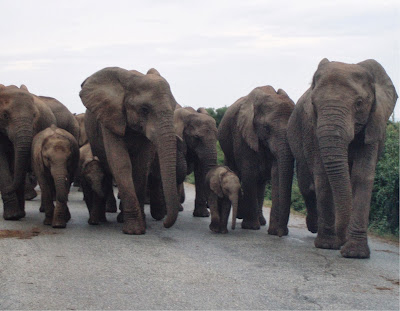 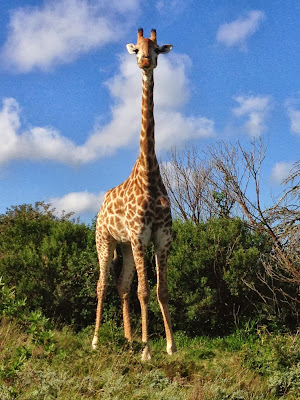