Today I travelled to Wijk aan Zee to have a look at the Tata Steel Chess tournament. As I'll be playing the amateur event from tomorrow until the end of the tournament, I thought I'd bring you a short pictorial report from today. 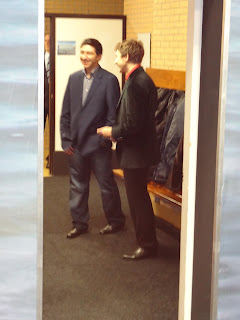 Gashimov and Karjakin share a joke before the game. 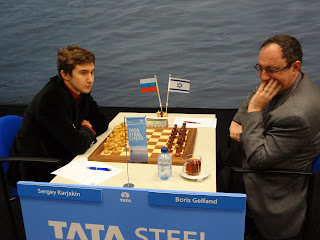 But they weren't laughing much later when Karjakin went down to Gelfand. 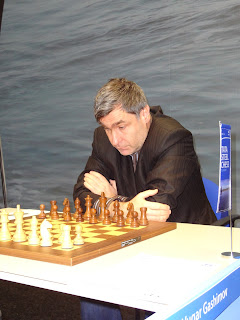 While Ivanchuk took care of Gashimov. 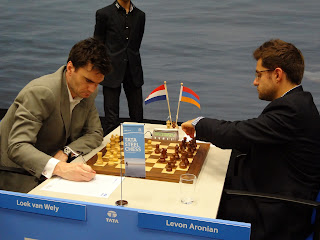 Aronian was happy to take a quick draw with Van Wely and maintain equal tournament leadership alongside... 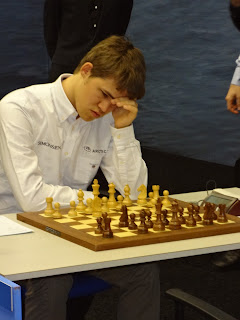 World number 1 Magnus Carlsen, who was in deep thought early against Giri - that game was a hard fought draw. 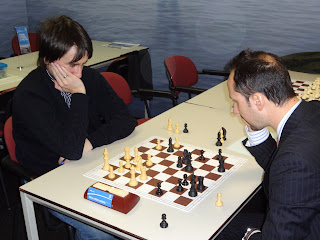 Radjabov and Topalov analysed their game in the press room. 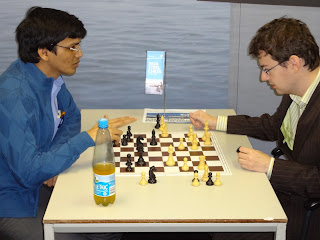 As did Pentala Harikrishna, my tip to win the B-group, who is on 4/5 after drawing today with Erwin L'Ami 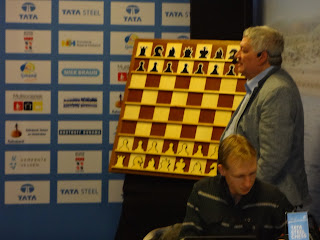 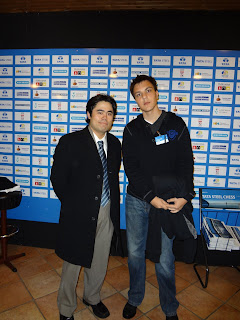 Last year's winner Hikaru Nakamura was in good spirits after notching up his first win this year against David Navara, so I thought it would be a good time to ask him for a photo. 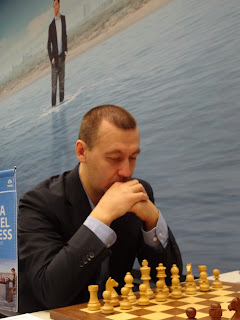 And finally, just for Moulthun, a photo of Gata Kamsky.